The Czech Championships were held in the capital Prague. Jan Seidl took the win in the Boys 9 category. Aneta Hladíková celebrated her 10th title in the Elite Women Class, overall taking her 14th National Title in BMX. 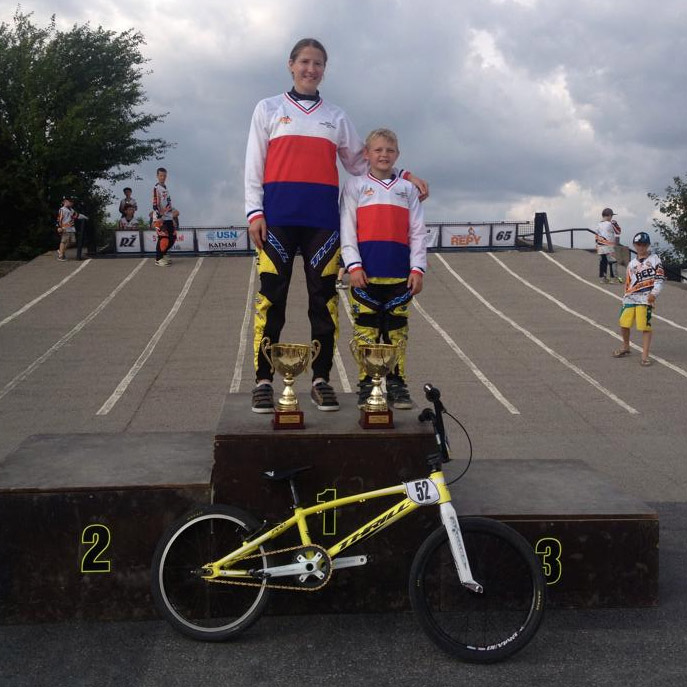 In Latvia the Nationals were held at the Rubene SX Track, near Valmiera, home town of our Latvian Team riders.  There was no stopping Kristens Krigers in Junior Men. He won both the Time Trial and Race with a solid lead.  Edžus Treimanis was also the fastest rider in the Time Trial and with his SX World Cup TT win in Berlin he’s 1 of the fastest riders out there.  In the race for the National Title, he took the win in a strong competitor’s field.  He finished in before two time Olympic Champion Maris Strombergs and last year’s winner Rihards Veide. 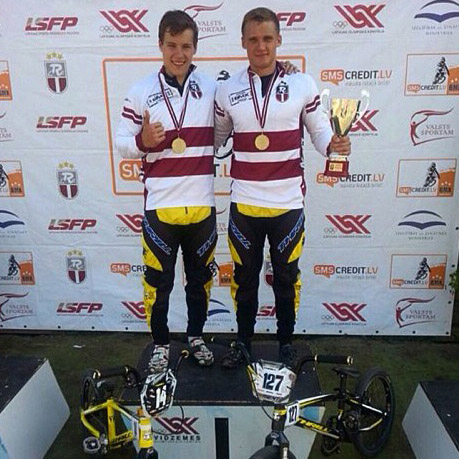 In Massenhoven (Belgium) rain was pouring down by the time the Finals started.  Rune Deburchgraeve wasn’t able to renew his title.  He slid at the first jump, and fell off the bike. Rune crossed the finish line in 7th place.
Also 2012 Junior Women Champ Marie Hossay wasn’t able to renew her title and she finished second, which is still not bad considering a recent injury.
In Junior Men, Sam Nouwen just missed the podium. He finished 4th and as best first year Junior in this category. 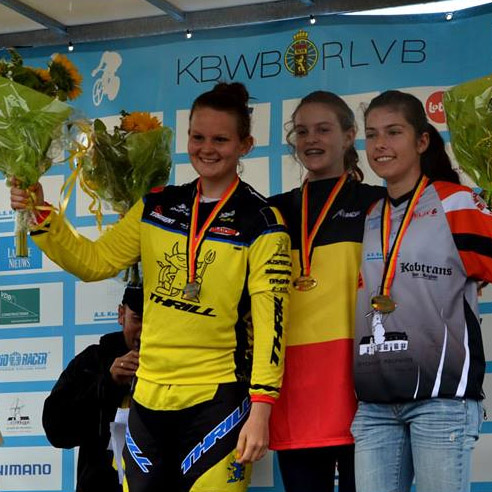 Next races for the Team are the European Championship in Roskilde (Denmark)and the Worlds in Rotterdam (the Netherlands).