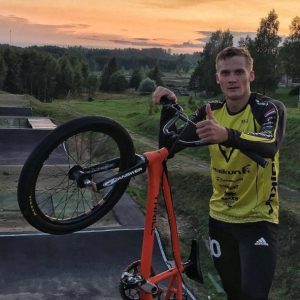 Any World Championships race. Just something special when everyone is going ”all or nothing” in the biggest race of the year.

Home is definitely the favorite place but other then that I choose New Zealand or the Thrill Factory Europe headquarters in Lommel, Belgium.

All kinds of music from Pop to Rap.